I wrote this article prior to the latest announcement https://www.abc.net.au/news/2021-02-09/eddie-mcguire-stands-down-collingwood-president-live-blog/13137092

There was a time that I was a big AFL fan, as a new migrant in Melbourne, to quote The Mandelorian, “This is the Way”, when in Melbourne. I have been to a grand final at the MCG. I have sung the song of the people, or so I thought.

The shine started to wear off before I left Melbourne.

The incident in 2013 is the one that sticks in my mind. A person of immense media power, on air McGuire, then a host a Melbourne Radio show, compared Indigenous AFL Star and Adnyamathanha/Narungga man, Adam Goodes to King Kong.

This was now 8 years ago. At the time he said it was a slip of the tongue, a moment of tiredness or perhaps weakness. He is quoted at the time (https://www.abc.net.au/news/2013-05-29/eddie-mcguire-apologises-for-adam-goodes-king-kong-comment/4720152) as saying,

“[But] people don’t resign because they make a slip of the tongue. It’s as simple as that.”

I can tell you what in the last 2 years I have been tired to the point of exhaustion, but I have a family and no where near the resources that McGuire has, and it has never occurred to me to compare an Indigenous footballer or any person of colour to a Gorilla. I have made mistakes and owned them, but I don’t see any ownership going on here. I see a lot of deflection.

This week, McGuire said after the release of a damming report into systemic racism at the Collingwood football club, that it was a “proud and historic day” for the club. A slip from a tired president or a brain fart from someone that has no understanding of the hurt and trauma that is caused by racism in an organisation such as a football club.

The challenge for Collingwood and for the AFL at large is that McGuire’s comments belong in the past and both organisations cannot move forward with him. But it seems that McGuire not only sees himself as the problem but also the solution. He feels that is it is his problem to solve. But it is not. It is clear that McGuire does not understand or even appreciate the problem. He is a man of the stage, the TV, the Radio, the sport. He knows how to say what he means, you don’t become the CEO with no idea of what you say, do you?

Yet still here we sit listening to people defend him, saying that you don’t run away from challenges or that education is key. But leaders don’t run away from challenges they realise when they are doing more harm then good. They don’t learn in the spotlight, they make the effort to educate and learn using their own emotional resources not others. McGuire was made aware of his lack of understanding 8 years ago, yet here we are in 2021 staring down another report into institutional racism. If McGuire was in your company, I am pretty sure his attitudes would have been performance managed a lot better than this.

How can the AFL take itself seriously when promoting Indigenous Round or the WAFL? Yet leave one of its most followed clubs with a CEO who quite clearly lacks any personal understanding of how racism is inflamed by the smallest comment of approval.

Ultimately what we are seeing is there are no consequences for his actions, so how can we expect these attitudes to stop. When someone in a position of power like McGuire, not make any effort to understand why should someone with lesser resources even bother?

The Eddie McGuire problem is that people who are seen to be good in one area manage to hide behind the lustre when their true colours poke through. But McGuire’s lustre is starting to fade and it is time he and the AFL realised it. Racism and Sexism are no longer about tokenism, we must make a concerted effort to stand up and vote with our feet and our wallets.

Today Eddie McGuire may have resigned but that was down to pressure and not down to an understanding of the problem.

And to quote Tarang Chawla, “[t]hat Eddie McGuire was able to resign instead of being shown the door a long time ago is indicative of a cultural problem in this nation where some men have free reign to say and do as they please without fear of consequence.”

Rocket Woman is a full service process to bring diverse individuals into engineering at a later life stage. Rocket Woman is designed to solve three main challenges. Engineering Talent Shortages A lack of diversity in STEM Meaningful and Gainful Employment options for women and diverse people. Rocket Woman delivers a support network to those looking to transition their careers into STEM. 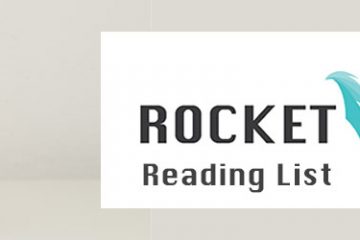 We only stop learning if we choose to. As we move through life we become different people as our experiences mould who we are and who we become. But we cannot let our experiences be Read more… 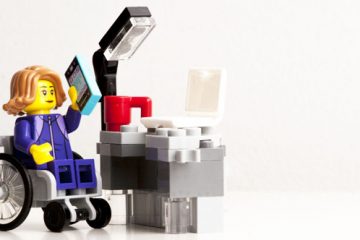 Yesterday I set up “office space” number 4 in my house. Office space number 1 is my study, where I work during normal times. It is set up as I need but it has drawbacks Read more…